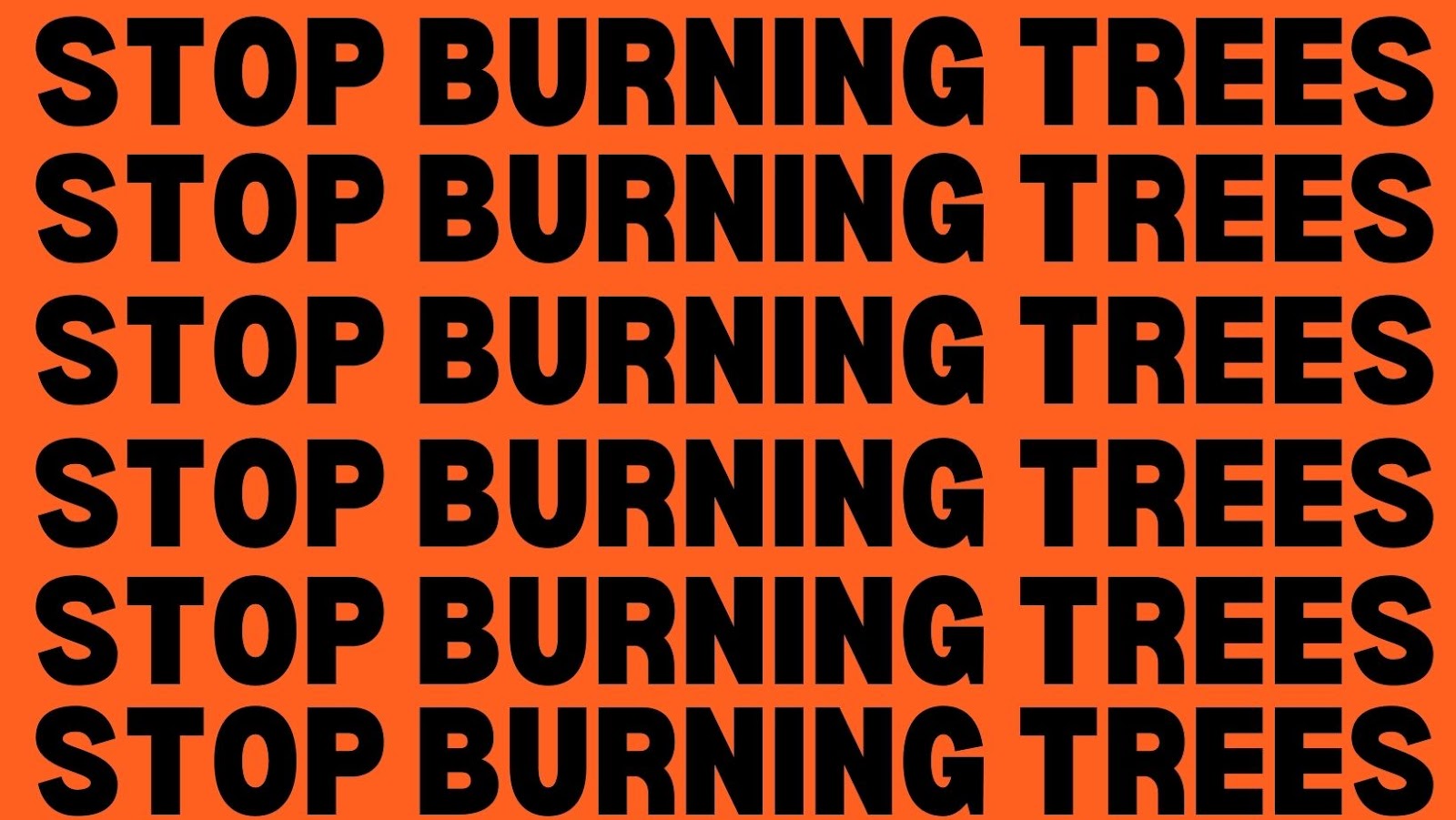 Drax power station in Yorkshire is the UK's single biggest carbon emitter yet is in receipt of millions of pounds of renewable energy subsidies. A large share of the pellets Drax burns are made from whole trees, routinely sourced from the clear cutting of forests in the Southeastern US, Canada and the Baltic states with impacts on biodiversity and the communities living nearby. Wood pellet production facilities in the southeastern United States are 50% more likely to be located in environmental justice (EJ)-designated communities.

As a Trade Unionist, there are a few things you can do:

If you pass the motion in your branch, trades council or otherwise, please can you email stopbur[email protected]  to let us know.

This Branch/AGM/Trades Council/Conference is concerned to learn that Drax power station in Selby, North Yorkshire, is the UK's single biggest carbon emitter, yet claims it produces renewable energy and thus receives millions of pounds in renewable energy subsidies.

Drax was built in the 1970's to burn coal but now burns predominantly wood. This wood, also known as biomass, is currently classed as renewable energy, due to a carbon accountancy loophole. Drax imports more wood than the UK produces annually in the form of pellets to burn at its Selby plant.

Drax is currently being sued by the Health & Safety Executive for exposing its UK workers to harm. Workers at Drax have recently walked out over pay and conditions which they describe as being ‘red hot’ at the plant, with ongoing fortnightly action threatened. Drax has also come under fire from Canadian unions as its monopoly on the British Columbia Wood pellet industry is accused of being at the cost of local jobs in more sustainable and labour intensive forms of forestry.

Drax was fined $2.5 million for breaching air pollution laws at its US wood pellet mill in Mississippi.

There are also concerns about Drax’s wood sourcing. Despite claims of mainly burning wood from waste & residues, there is evidence of the use of whole trees. Some of these come from biodiverse wetland forests endangering wildlife species and their habitat as well as removing forests as a community resource for those who live nearby.

Drax is about to launch a planning application for Bioenergy with Carbon Capture and Storage at its plant at Selby (put very simply: burning wood and attempting to capture the associated carbon emitted) in an attempt to extend its receipt of government subsidies.

Sign up to receive Biofuelwatch’s newsletter here to be kept up to date with and get involved with the campaign against Drax, including how to object to its BECCS planning application.

Europe Beyond burning - Fridays For Future

A useful account from a worker involved in the Drax walk-out.

Drax claims it will become the first carbon negative power station. BECCS however is an unproven technology and in reality the promise of BECCS just serves as a barrier to a genuine green energy transition. It is being used by Drax to support a continuation of business as usual and encourage further massive subsidies from the government for burning wood and in doing so harming forests; biodiversity; human health; communities and the climate. Factsheet on BECCS (Bioenergy with Carbon Capture & Storage)

Object to the BECCS application

Recent much more detailed report on BECCS from FERN

Further information on Negative Emissions Technologies including BECCS and biochar

Environmental justice (EJ)-designated communities, are defined as a county where the poverty level is above the state median and at least 25% of the population is nonwhite. Pellet mills are a source of pollution with negative impacts on the health of local inhabitants and workers.

Link to the presentation presented at the Trade Union briefings. Feel free to use it.