Why central banks should be a target for the climate movement 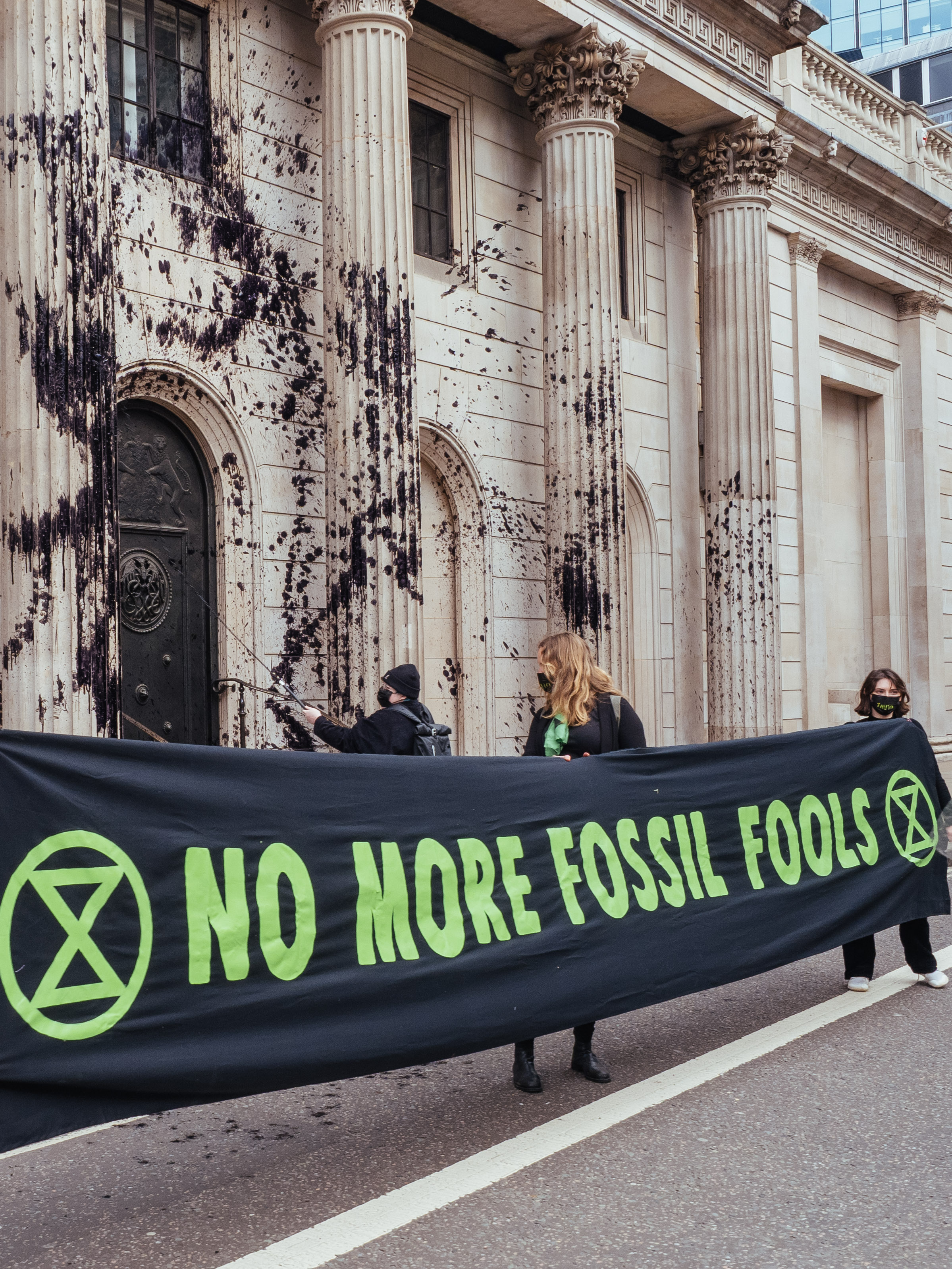 Since 2016, the year that global leaders committed to “making financial flows consistent with a pathway towards low greenhouse gas emissions”, the world’s 60 largest commercial and investment banks have funnelled an aggregate of $3.8 trillion into fossil fuels. To put this number into context, if the UK’s financial institutions were a country, they would have the 9th largest emissions in the world; ahead of both Germany and Canada’s domestic emissions.

That financial institutions are breaking their promises should not come as a surprise. Within a system in which profit is the raison d’être, banks will continue to fund climate and ecological collapse until their rules and incentives are changed.

Central banks influence the flow of money in our economy by deciding where and how it is injected into the financial system. By purchasing fossil fuel assets and accepting them as ‘collateral’ in exchange for loans, central banks prop up the value of these assets, ultimately making them more desirable. In their capacity as regulators of banks, insurance firms, and financial corporations, central banks and financial supervisors tempt both financial crash and climate collapse when they fail to account for climate risk while setting the rules of the financial system.

All of this can, and must, change. Price, financial, and climate stability are all fundamentally interdependent. Until central banks actively steer private finance in line with the net-zero transition, they are jeopardising both the fulfilment of their core objectives, price and financial stability, and their secondary objective to support government policy. Increasingly, central banks’ remits are being updated to explicitly include net-zero and environmental sustainability. In all cases, therefore, central banks have a duty to protect the environment from finance and vice versa. This should involve excluding fossil fuels assets from their own operations, requiring mandatory transition plans for financial institutions, and introducing rules that require banks to hold more capital against fossil fuel loans.

Beyond steering private finance, it is high time for central banks to work with governments to ensure that the transition to a zero carbon economy is just for industry workers and those on low incomes. Central banks must urgently use their money creation powers to scale up public investment into green industries. For example, they could help capitalise (or purchase bonds issued by) green public investment banks, coordinate with finance departments to keep government borrowing costs low, or more directly finance green government spending. Given that central banks across the world engaged in various forms of coordination with governments in response to COVID-19, and indeed at various times throughout history, there is no reason they can’t do so to build a green economy.

The climate movement has already put climate change on the agenda of central banks. Largely thanks to public campaigning, more than 80 central banks have joined the Network for Greening the Financial System, a coalition working to decarbonise finance.

Looking ahead to COP26 central banks must not be judged by their words but their actions. In the Positive Money Green Central Bank Scorecard, although 13 G20 countries scored full marks in their Research and Advocacy policies, not a single country has implemented a high impact policy. If activists seek to stop money being funnelled into the most polluting.

Join us for the National Climate Justice Memorial from 5.30pm on Friday 29th Oct