Protest Outside First Ever Barclays Bank 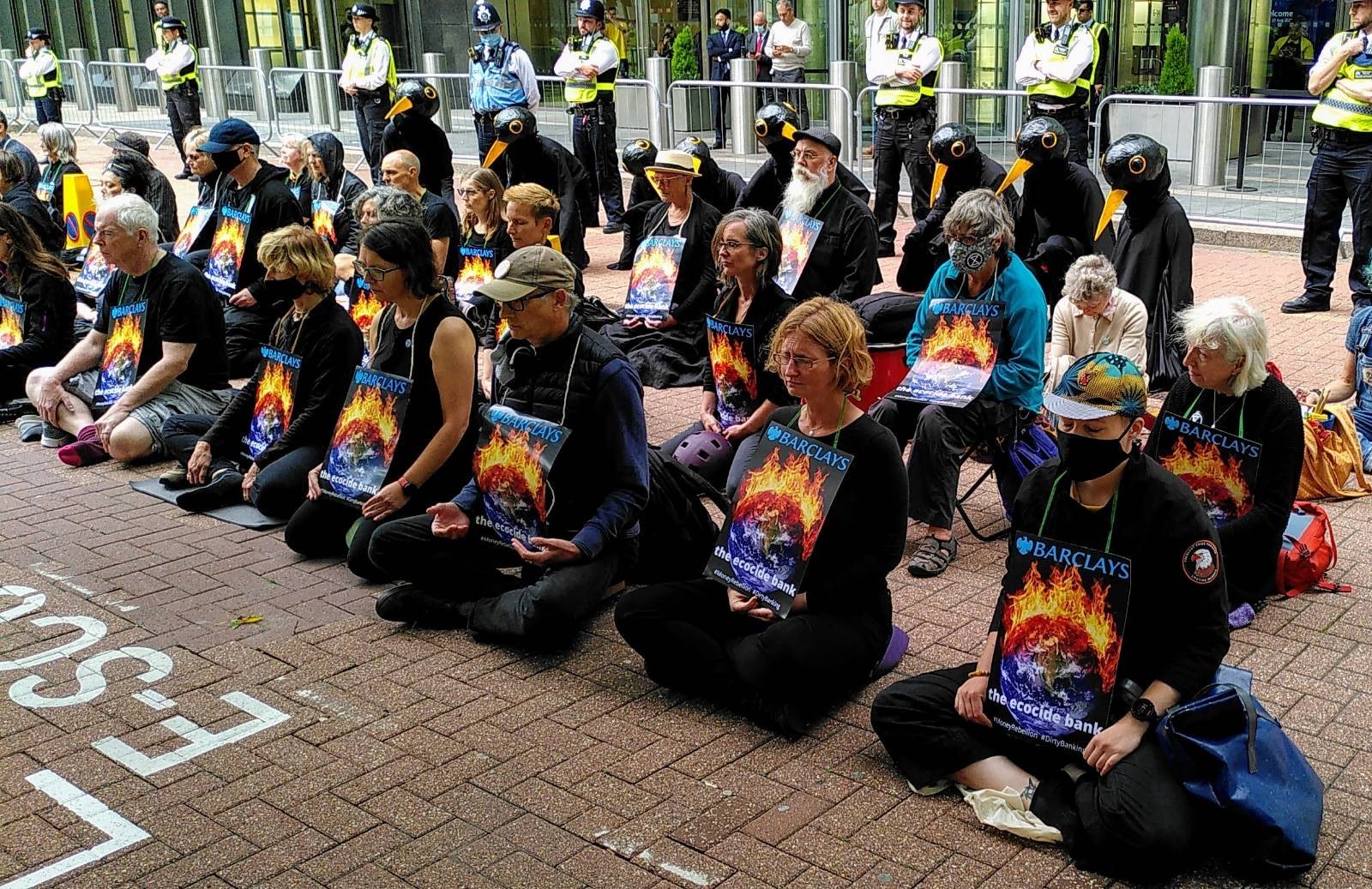 Despite its stated commitment to reduce its lending to move to net zero emissions by 2050, Barclays has actually increased their lending to fossil fuels projects last year.

Barclays has invested almost $145bn in fossil fuel industries since the Paris Agreement on Climate Change in 2015. Barclays is the biggest investor in fossil fuel projects of any bank in Europe and seventh biggest in the world. The bank’s investments are also impacting indigenous communities in the USA and elsewhere, and increasing deforestation.

That’s why Extinction Rebellion Buddhists UK conducted a walking meditation to the beat of a slow drum to Barclays Bank at 19 Fleet Street, the first Barclays to be opened in the UK. 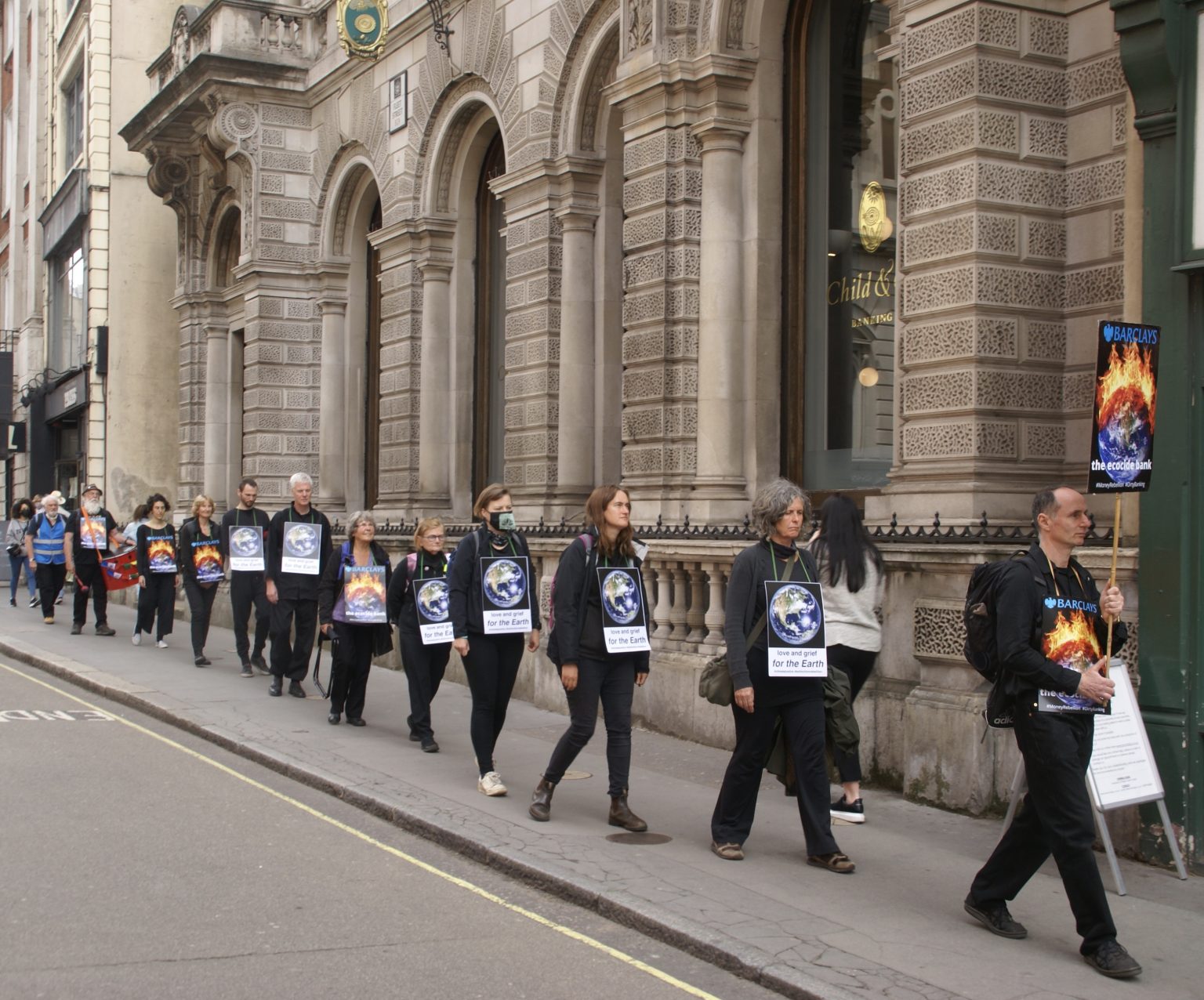 It is a lovely building, but unfortunately the history of its investments is not so lovely. From its funding of the apartheid regime in the 1960s, to its current continuing funding of destructive coal, oil and gas projects across the planet, it continues to be a destructive force in the financial world. And this is despite the clear scientific evidence of the imminent dangers of its investments and its pledge to be a net-zero bank by 2050. XR Buddhists are engaging in a peaceful meditation action today. In bringing our faith tradition to the front lines of activism, we embody a peaceful determination to protect our one precious Earth and all of life. We hold the staff of Barclays in our hearts also; they are also going to be impacted by climate breakdown. But as a company, we consider Barclays to be acting in a way that meets the definition of the crime of ecocide, recently published by the Ecocide Foundation.

The crime of Ecocide has been formulated by an independent expert panel comprising twelve lawyers from around the world. They are proposing that the crime of Ecocide be added to the Rome Statute of the International Criminal Court. This would make it a criminal offence to commit: unlawful or wanton acts committed with knowledge that there is a substantial likelihood of severe and either widespread or long-term damage to the environment being caused by those acts.

There are almost a quarter of a million Buddhists in the UK: a growing number are becoming concerned about the impacts that humans are having on the climate and on other living beings. Recently, the Dalai Lama joined 100 other Nobel Prize laureates to call for action on climate change. The letter stated “Climate change is threatening hundreds of millions of lives, livelihoods across every continent, and is putting thousands of species at risk. The burning of fossil fuels—coal, oil, and gas—is by far the major contributor to climate change”.